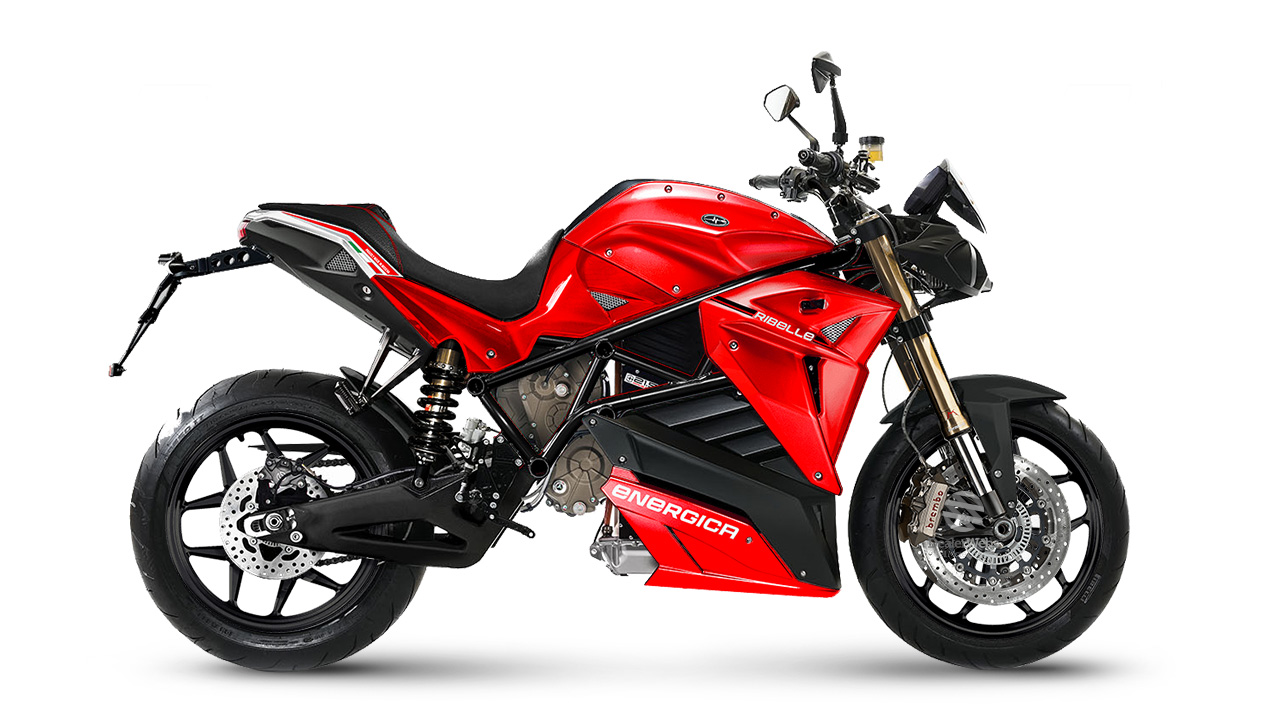 The Energica EVA Ribelle is the naked version of the Energica EGO, with the same torque, power, acceleration and range; the only key differences being the riding position and top speed.
If you want a true electric street-fighter, aggressive with an urban mojo, or an assertive-yet-upright riding position instead of the typical track day crouch, choose the EVA Ribelle. Like its cousin the EVA EsseEsse9, the EVA Ribelle easily transforms into a long-distance sport-touring bike with the simple addition of side panniers, windshield and tank bag.
The Energica EVA Ribelle has the same linear 215 Nm – 159 lb-ft torque as the EGO, the same 21.5 kWh long-range lithium-ion battery with up to 400 km – 249 miles of city range, the same suspension and performance options, and all the technological amenities. Not enough? Opt for the “RS Version” for even more off-the-line velocity.
It’s the only electric naked bike with DC Fast Charge, filling up almost 7 km (over 5 miles) urban range for every minute spent DC Charging – faster by at least 82% than any other electric bike.

The green heart of Energica motorcycles is a synchronous oil-cooled motor with permanent magnets.
The excitement of riding an electric motorcycle is more than just power. With no transmission gears, clutch, or shifting, the process of searching for the “right gear” and RPM is eliminated, allowing for full concentration on acceleration, full throttle control, cornering and braking.

The technology is more intuitive and gives the feeling of torque to the motor instantly. Energica is taking electric performance to the next level!

The ride-by-wire system is the direct interface between the driver and the vehicle. Knowing its importance, Energica paid special attention to the development and refinement of this device.
The throttle control is composed of a rotary potentiometer and a safety microswitch.
The potentiometer detects the rotation of the throttle and is activated every time the accelerator is engaged or released.
The VCU manages both the potentiometer and the switch signal to fine-tune the torque demand to the engine based on the mapping selected, while the microswitch is used as a safety feature in case of malfunction of the throttle control.

The driving experience corresponds to four different motor mappings, which correspond to different values of maximum torque and different throttle responses. In addition, there are three different settings of regenerative braking that can be manually turned off by the driver.

Contained in sealed housing holding battery cells, the Battery Management System (BMS) has all the necessary provisions to ensure the safety of the vehicle. The battery keeps all high-voltage components encapsulated, making it unlikely to accidentally be exposed to risk.
The battery pack is an intelligent device with its own electrical brain, comprising dozens of sensors and electromechanical devices that constitute a closed subsystem to ensure maximum vehicle performance and driver safety in all environmental conditions.

Energica has designed a cooling system for the battery pack that is superior thanks to its specific ventilation paths that limit the stress of the batteries. This provides considerable benefits to both performance of the vehicle and the life of the battery.

Energica is the only company in the world that has designed, patented and adopted this type of technology on its own bikes. 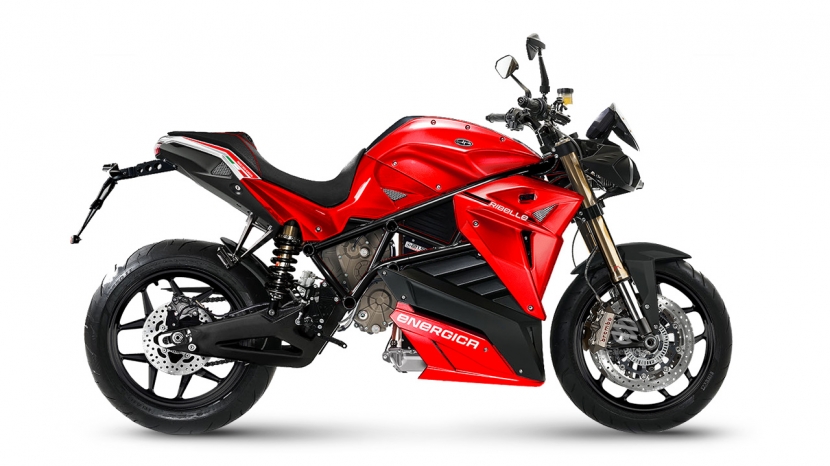 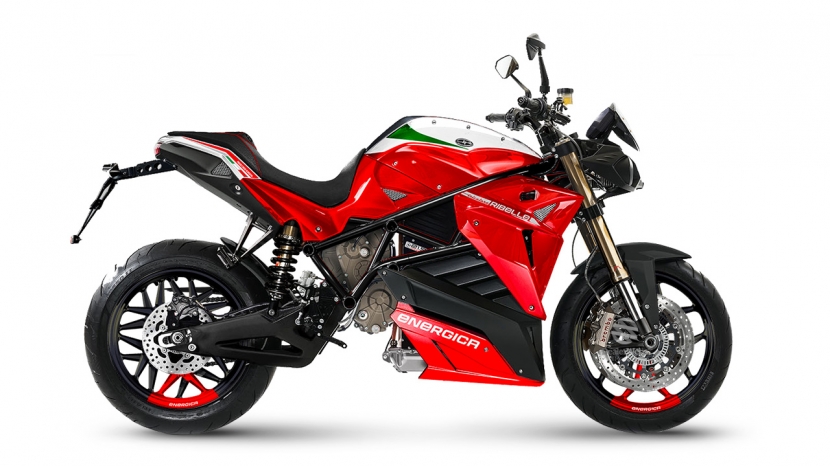 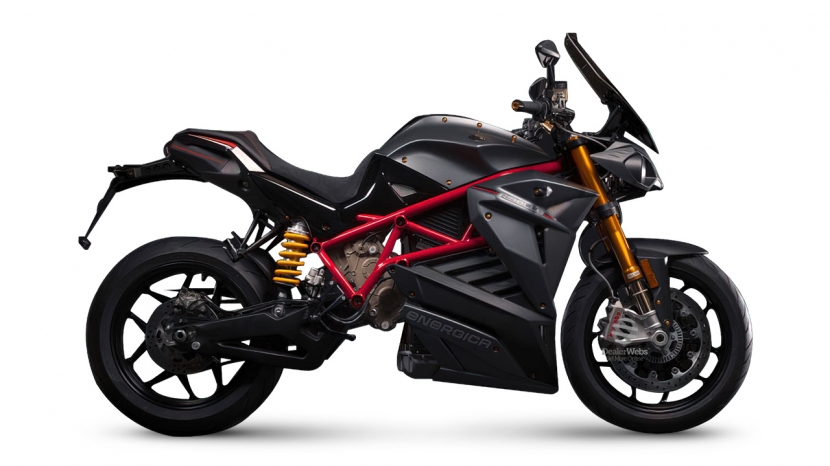 Reserve this ENERGICA Eva Ribelle for £250

In order to reserve this ENERGICA Eva Ribelle, you can place a fully refundable deposit of £250. Simply click on the the button below to proceed via a secure, one time and fully refundable payment of £250. Please note bike delivery starts at £99

Get the latest news and offers straight to your inbox